Civil Society and the Role of the Legal Scholar: Why they are both under threat

Over the past several decades, the university-based study of law has broadened and deepened. It is now asking the biggest questions: about climate change, about the meaning of work, about end-of-life decisions, about the very meaning of a person. Legal scholarship is now being pursued on a great scale. It is national and international, and even reaching out into space. It is robust, rigorous, evidence-based expert inquiry using appropriate legal methods.

At the same time, we are observing the rise of anti-democratic thought, even within the universities. Independent expert fearless research, which provides reliable knowledge about our world, is a vital reply to such thinking. It is needed more than ever.

To test big ideas, correct falsehoods, combat prejudice based on falsehoods and develop new knowledge, it is essential that legal research be conducted independently, according to the expertise of the scholar. Such fearless and sustained inquiry is now under threat, from both within and outside the universities, despite its ever-increasing importance. Emerita Professor of Law Ngaire Naffine will endeavour to explain how and why this is so.

The Dame Roma Mitchell Oration is a free co-hosted event presented by The History Trust of South Australia and the Adelaide Law School, University of Adelaide.

Due to venue capacity and COVID restrictions, registration is essential.

About the Dame Roma Mitchell Oration

The Oration is a means of honouring Dame Roma Mitchell, Australia’s first female Supreme Court judge and instrumental in Australian legal and human rights reform. The Oration provides a forum to consider the intellectual and theoretical bases for Human Rights and Equal Opportunity laws in Australia. It brings into the public discourse new developments and perspectives on equity and discrimination from eminent people in their fields. Over the years, the Mitchell Orators have all made significant contributions to the growing body of knowledge on the theory and practice of Human Rights and Equal Opportunity in their own rights.

In 2022 The History Trust of South Australia is pleased to take stewardship of the Oration and, with presenting partner, the Adelaide Law School, University of Adelaide, continue this important intellectual contribution to our public discourse. 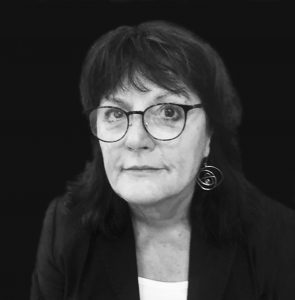 Ngaire Naffine is Emerita Professor of Law at the University of Adelaide and formerly Bonython Professor of Law. She is a legal philosopher and criminal law scholar and has also published in the areas of criminology and medical law. She has been a police officer and a legal policy officer in the Women’s Advisors Office of the SA Department of the Premier and Cabinet. She has had a sustained interest in the concept of the legal person, law’s subject or actor, with a particular focus on the relative statuses of women and men. Her latest book is Criminal Law and the Man Problem. Her previous book Law’s Meaning of Life asked ‘who law is for’: who are the main persons of concern.

Dame Roma Mitchell (1913-2000) graduated as a lawyer from the University of Adelaide in December 1934 and began her career as a barrister with an Adelaide law firm the following February. She was the first woman in Australia to be both admitted as a Queen’s Counsel (1962) and to be appointed as a Supreme Court judge (1965).

Dame Roma Mitchell was involved with various committees which instituted many legal reforms on a wide range of issues including, women’s legal rights, criminal law and penal methods. In 1981 she became the founding Chairwoman of the Australian Human Rights Commission and was involved in passing and implementing the Human Rights Commission Act, in her eyes, a landmark piece of legislation and a highlight of her career. Throughout her time as a lawyer and judge Dame Roma Mitchell continued her connections with the University. In 1983 she was elected the first female Chancellor of the University of Adelaide (1983-1990). In 1991 Dame Roma Mitchell was appointed as the first female governor of South Australia.