Australia Day has been the centre of political debate in recent years with arguments for changing the date and calls to rename 26 January Invasion Day or Survival Day and cases for maintaining the status quo on the other. The first argument puts the case that choosing 26 January to celebrate ignores more than 60,000 years of Australian history, and is choosing a day that will always be problematic for Aboriginal and Torres Strait Islander Australians. The latter argument is that 26 January marks the beginning of what we have become as a nation. With the commentary running hot once again this year, we felt it timely to reflect a little on the history of commemorating Australia Day.

It is sometimes stated that Australia Day marks the arrival of the ‘First Fleet’. In fact, the ‘First Fleet’ arrived in Botany Bay between 18 January and 20 January in 1788. Commodore Arthur Phillip and his party found the Bay lacking (and not up to Cook’s review) so the ships sailed on to Port Jackson, which Phillip named Sydney Cove, and weighed anchor there on 26 January. Once the business of establishing the colony had been taken care of, and British arrivals in New South Wales began to reflect on their own history – as separate to the ‘mother country’ – people chose this day to commemorate the establishment of the colony. In the early nineteenth century people in Sydney began referring to this event as ‘First Landing Day’ or ‘Foundation Day’.

Governor Macquarie officially acknowledged ‘Australia Day’ as a public holiday in Sydney in 1818. In 1838 it was proclaimed as an annual event. The event continued to grow in New South Wales. As a sense of Australian identity began to develop among some groups, there began to be a push for a wider commemoration. The Australian Natives Association (ANA) was among the groups which sprang up in the nineteenth century advocating for a sense of Australian pride. Established in Victoria, it quickly spread to the other colonies. Membership was exclusively Australian-born people of European background (primarily British) and for many years exclusively male, a separate branch called the Australasian Women’s Association (AWA) formed in 1900. The ANA was to play a role in advocating for Federation, and later a national Australia Day.

In the meantime, for the centenary of the arrival at Sydney Cove in 1888, events were held in many of the Australian colonies to mark ‘Anniversary Day’. South Australia did not have a full public holiday at that stage, but a number of prominent South Australians joined the official events in Sydney, along with representatives from other colonies.

While the attendance of the representatives from the various colonies was an early show of unity, support across the borders was mixed. Reporting from The South Australian Advertiser was not entirely enthusiastic:
It cannot be said that to-day is in any sense the anniversary of a common birthday, for some of these colonies were established on quite independent terms. New South Wales, though the senior, is not the parent colony of all the other members of the group. Nevertheless, the whole of them cordially agree in observing its centenary, and thereby present to the world the spectacle of a united Australia for once at least.
‘The Advertiser: THURSDAY, JANUARY 26, 1888’

During the late nineteenth century the focus in South Australia remained on our own ‘Anniversary Day‘, or ‘Proclamation Day‘. In 1901 the colonies federated and became the Commonwealth of Australia, but it wasn’t until 1910 that we adopted 26 January as ‘Federation Day’ here in South Australia.

The idea of Australia Day was adopted nationally for a different purpose during the First World War. Various fundraisers were held, marking many different days, and Australia Day badges like those in our picture were sold to raise money for the war effort. The first of these is believed to have been on 30 July 1915 (read more about that on the Australian War Memorial website). Numerous people in South Australia joined in these fundraising efforts, both on 30 July 1915 and on a range of dates in following years.

The first time every Australian state celebrated 26 January as Australia Day was in 1935. This was after a concerted push from the Australian Natives Association, a group of white Australian born men, who lobbied to have a ‘uniform’ celebration across the nation. It was from this campaign that the practice of having a public holiday on the Monday following 26 January was adopted.

From this point the tradition grew, but it was not without its detractors, and the current arguments about recognition of the meaning of the date for Aboriginal and Torres Strait Islander Australians are certainly not new. On the 150th anniversary of the official proclamation of British settlement at Sydney Cove, in 1938, an Aboriginal Day of Mourning was held. The meeting of Aboriginal people at the Australian Hall in Sydney on 26 January that year called for ‘full citizen status and equality in the community’. This protest against the ‘seizure’ of country was in stark contrast to the pageantry of the New South Wales government’s official celebration.

Shortly after the introduction of Australian citizenship, in 1988, Sydney marked the Bicentenary of British arrival in Sydney Harbour under the catch-cry ‘Celebration of a Nation’. Once again official events concentrated on ceremony and spectacle, and national debates on the historical interpretation of Australia Day were again in the news. Aboriginal people renamed the day ‘Invasion Day‘ and a large protest was staged in Sydney.

Since 1988 conflicting attitudes toward Australia Day have continued to spark debate and often heated commentary in Australia’s news platforms. In 2017 Triple J announced it would move the Hottest 100 broadcast so that it no longer fell on Australia Day. This was followed by claims that former ABC chairman Justin Milne tried to stop the move. Acknowledging the negative associations for many people in Australia’s Indigenous communities, several local councils chose to move citizenship ceremonies from Australia Day. This prompted a reaction from the Federal Government in 2019, with moves to ensure councils hold citizenship ceremonies on 26 January.

Calls to ‘change the date’ have grown in volume in recent years, while at the same time other calls argue that Australia Day is a day to celebrate what we have become as a nation, and polls on the topic of changing the date vary widely. What do you think? 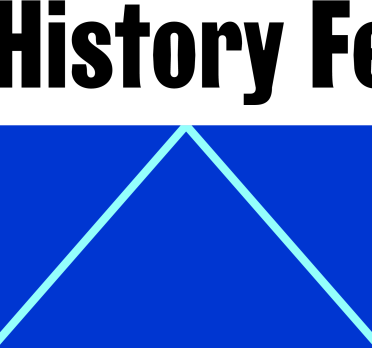 History Festival of wonderment returns for 2023

Event registrations are now open for South Australia’s History Festival, 1-31 May 2023. This state-wide festival is unique in the world, bringing to... 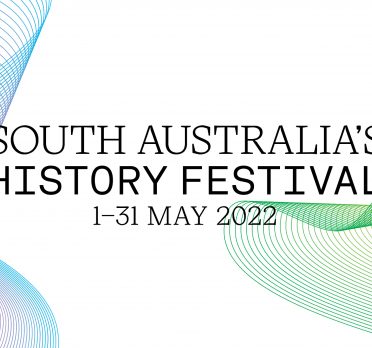 South Australians are encouraged to reimagine and renew connections with their history, to get out and about in this great state, explore the familiar...